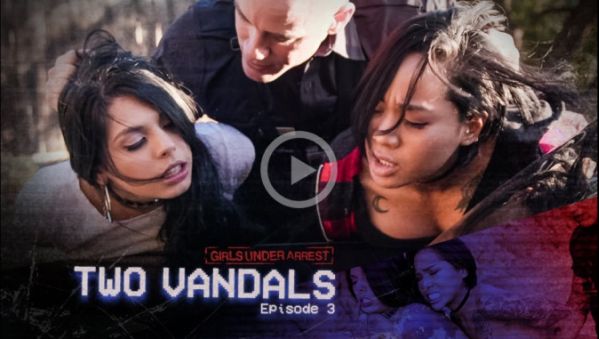 Description: Officer Marc Balde (Derrick Pierce) is doing his afternoon runs in his squad car. When he meets up with one of his informants, he's notified about a disturbance down the street. He goes to check it out and sees that the two suspects (Honey Gold and Gina Valentina) are attempting to flee. He pursues them in his vehicle. Once they reach the end of the block, he continues the pursuit on foot until they're apprehended. As they attempt to climb over a fence, he grabs and slams them on the hood of the squad car. When they claim to have done nothing wrong, Officer Balde then asks them if that's the case then why are they running. When he checks the bag they had with them, he finds two spray paint cans. He can't believe they ran away from him over two cans of fucking paint! Frustrated, he throws them in the back of the car and drives away. As he tries to figure out what to do with them, they simply can't keep their mouths shut. When he makes a stop and drags them out of the car, they get the message quickly: he asks them if they want to go to jail 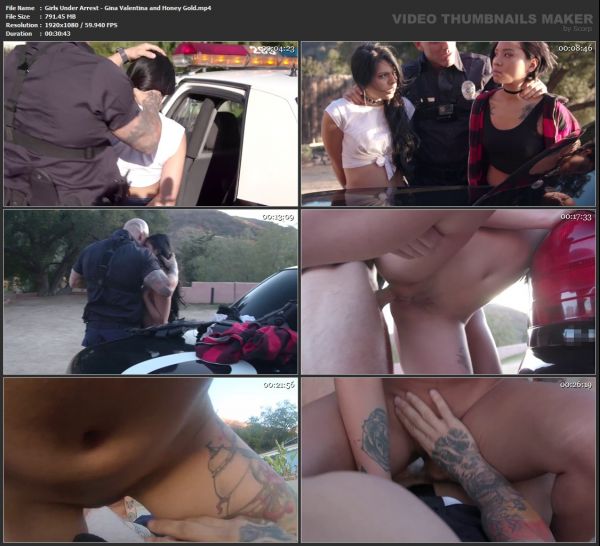