Description: Sexy and thoughtful Natasha Nice is trying to surprise her girlfriend on her Birthday - Gianna Dior is a workaholic, but Natasha thinks that this night will be different. However, as usual, long-hair Gianna is late getting home, and busty Natasha has something to say about it! When tanned Gianna goes to give Natasha a make-up kiss, playful Natasha rubs cake all over Gianna beautiful face! This leads to a sexy and energetic fight that quickly turns into something more sensual! Even when they are mad at each other, it's hard to keep their hands off each other's perfect bodies! 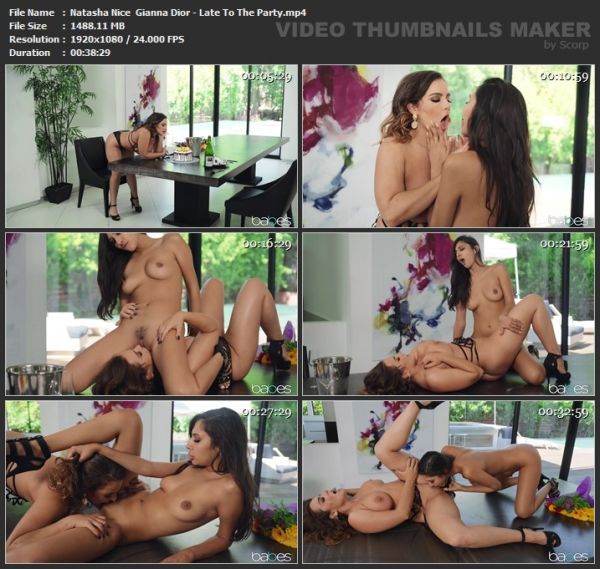 
If you find a broken link, select the text and press Ctrl + Enter
A new link will be added as soon as possible.